Candy Land is not really a game.

I’ve been playing the Candy Land board game with my daughter. But, my introspective self has decided that Candy Land isn’t an actual game.

What am I talking about?

But, I perhaps I’ve over-thought myself. Stuck in an epic battle with my daughter in a game of Candy Land.

By the 4th hour playing the game, my brain partitioned itself. While playing (which didn’t take up much bandwidth), I began to deconstruct Candy Land. What is it?

What am I talking about?

Well, here’s a bit of a preamble.

Millions of people play board games, and all sorts of games of chance. Whether it’s tabletop wargaming tactical stuff like Warhammer 40k, the role playing games, like Dungeon & Dragons (super popular), or simple stuff like Monopoly, when you think about “games”, they are either competitive or cooperative.

You work against the other players (competitive), or you work with them (cooperative).

There are some games in the middle that are hybrid competitive and cooperative games (check out highly-recommended Betrayal At House On The Hill).

In either case, games are social. They bring people together.

Candy Land is no different. It is a “social tool” that brings people together, as I prefer to now call it… but, it is not game.

I actually don’t. I’m pretty risk-averse, especially when it comes to gambling.

But, I know the thrill and admit it’s fun. I’ve won (and lost) a few bets in my time. Poker was fun, for example, when my friends and I played with fake Monopoly game money. 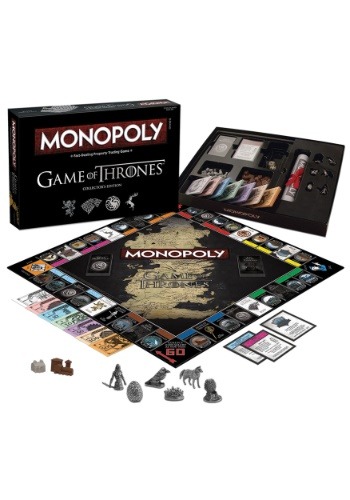 The dangerous games are the insta-gratification lottery tickets. The impulse scratch tickets you can get at any corner store or kiosk.

Got some spare change? Throw a dollar at a lottery scratch ticket and take a chance at a million dollars! Or, another couple of bucks. Still a win, right?

It’s simple neuroscience. The feeling of “reward” is strongest just before you are actually rewarded.

As soon as you achieve your goal, the “buzz” dissipates.

So, when you’re experiencing the anticipation of something you want that you know will please you, that’s the peak. That’s the high. Not when you get the reward, but immediately before you do.

Candy Land is a slow tease. You play it to get to a goal, but it’s a random game of chance.

Okay, let me clarify what I mean.

What is Candy Land?

Candy Land is an racing type board game. It is designed to pit players against each other. Get your playing-piece to the victory line (the goal), you win!

Interestingly, the game was designed in 1948 by Eleanor Abbott, a woman recovering from polio in San Diego, California. She made it for children during a time when going outside was hard due to disease or circumstance. Children loved the game, as it was simple to play, but had motif elements that was unique to their time.

Of course, history tells us that the game’s popularity exploded and Candy Land has been a gaming mainstay of young children for decades.

Candy Land doesn’t have any real written instructions in the box. It doesn’t require any counting or math skills. Candy Land has no involved strategy!

You are not required to make any choices. You can’t make any decisions.

This is how you play Candy Land:

Ultimately, the winner is predetermined by a shuffle of the cards.

There is a narrative lore behind Candy Land.

The story goes that the players are trying to find the lost king of Candy Land. The board consists of a linear track made of 134 spaces (colored red, green, blue, yellow, orange, or purple). There are many variations on how this road or track is constructed, but the game design is the same.

All you need to do is take turns picking cards which show the colors, the move a marker ahead to the next space of that same color.

In some Candy Land versions, some cards have double colors that let you move your marker faster along the linear track. Other cards might let you skip ahead, or make you fall back. It’s random, of course.

A game is won by landing your marker or passing through the final square space on the linear track.

Okay, to sum it up, Candy Land is won by predetermination: a randomized stack of cards.

What is a game, really?

Well, according to an online Dictionary:

A game are these things (nouns):

You can also go by the Wikipedia definition of a “Game”.

“A game is a structured form of play, usually undertaken for entertainment or fun, and sometimes used as an educational tool. Games are distinct from work, which is usually carried out for remuneration, and from art, which is more often an expression of aesthetic or ideological elements.“

Of course, you didn’t come here to see my copy and paste from other sources of definitions. You want my definition and opinion of what a game is…

The definitions quoted above come reputable sources (maybe not so much Wikipedia), but let’s crowd source further and use our (yours and mine) collective perception of games.

This is how we define games:

Games are played through chance and skill (which actually sounds mostly like bullet #1 from the Dictionary).

We play them to “win”, or achieve a victory of some through chance and luck. Somehow we, the players are involved, and contribute to the overall probability of success or failure.

Groups of players win as a team or individually through our minds and interactions inside the game ruleset environment.

Okay, so games are social tools that players use to engage their minds, their intellect and emotion, to play. They are forms of entertainment. Adults and kids can play games.

How does Candy Land differ from “normal” games?

Or rather, a gambling social tool.

Yes, I said it: Candy Land is gambling!

Candy Land is no different than classic casino Black Jack.

Actually, wait. No. Candy Land is not even Black Jack. In Black Jack, you can count cards or manage risk by knowing card probability…

Okay, maybe Candy Land is more like Roulette. In Roulette, you guess the number and spin the wheel. If the metal ball lands on your guessed number, you win.

Wait, that’s not right either.

You don’t do any guessing in Candy Land. You just draw cards and move your marker accordingly.

Nothing you do matters in Candy Land.

You have zero input in changing the outcome.

Candy Land doesn’t even fit into the idea of normal gambling games of chance.

Even the scratch lottery tickets let you decide things, e.g., what box should you scratch?

You have no such option in Candy Land. There only one deck you can pull cards from!

Candy Land is an excellent representation of life

Life is a linear track isn’t it?

You are the marker. You make decisions, but the ultimate consequence of whatever you decide are unknown.

Just because you study hard for that final exam, doesn’t mean you’ll ace it.

And, vice versa, you could through some unknown by entirely probable way escape with full marks on a test you never studied for… yes, indeed.

This discussion of course falls into the idea of “free will” and the idea of life being predetermined by a set of variables unbeknownst to you.

Do you believe this idea?

Interesting that so many of us have played the game Candy Land or have heard of it. It’s a freaking popular kid’s game!

Candy Land is a game of predetermined outcomes. As players, you are the silent observer, watching this situation unfold.

What larger being would watch our lives the same way? Would they see us drawing from a single deck of cards, shuffled by an invisible hand, and take joy from it?

Maybe there’s boredom…. but, really, if Candy Land is at all a representation of Life, then ultimately, then maybe our life is best viewed through the eyes of innocence.

Do we try too hard to change outcomes? Maybe, the point is to enjoy and encourage the players working through the same card deck.

What was the point of this article? Well, it is a steam train of thoughts I cobbled together.

A emerging treatise of life boiled down to its nut and bolts. Clunky, but emergent thinking from a four plus hour stint playing Candy Land over and over again with my daughter.

A predetermined and slow-plodding, but thoroughly enjoyable experience in a make-believe world of sugar coated “life-in-miniature”.

Here I am thinking about how to deconstruct this “fun”, while my daughter just wants to repeat the game all over again.

2 thoughts on “Is Candy Land the “Reality” Game?”

This site uses Akismet to reduce spam. Learn how your comment data is processed.